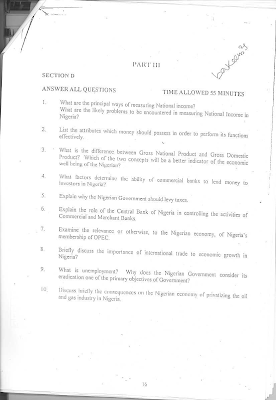 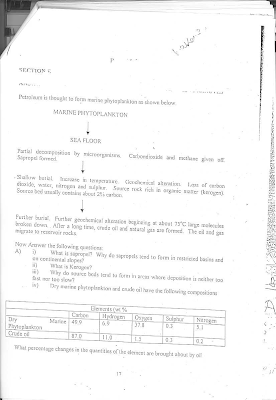 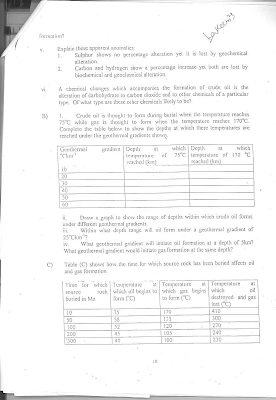 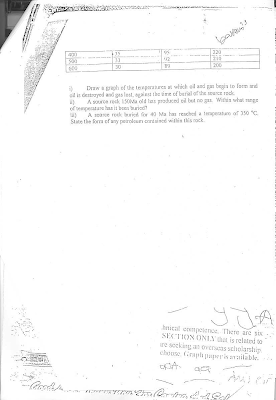 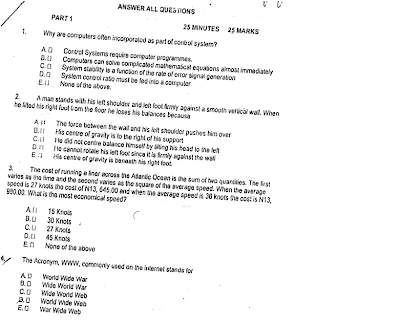 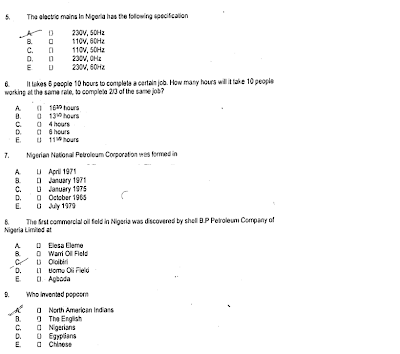 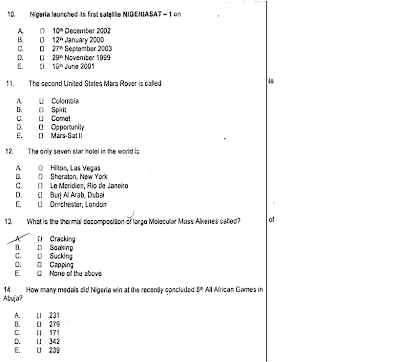 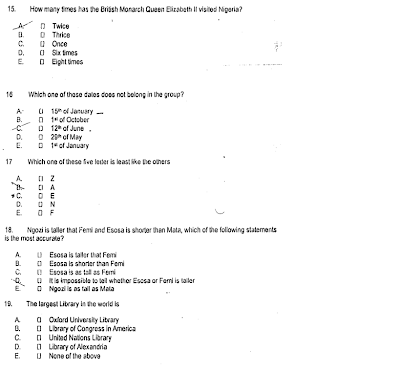 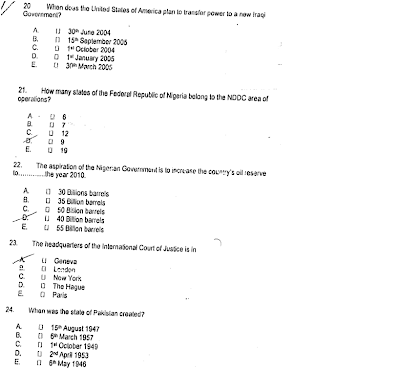 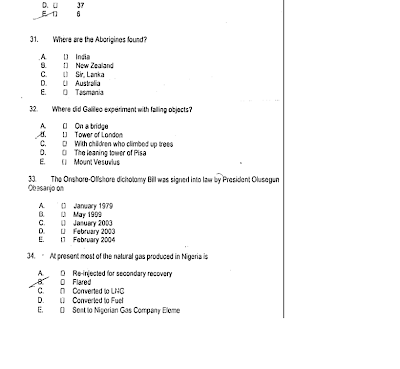 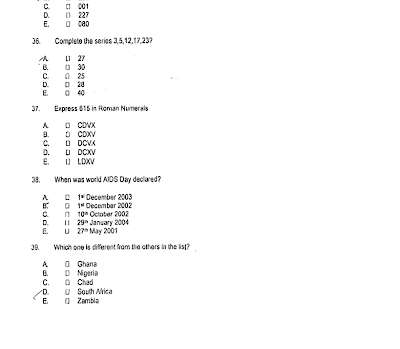 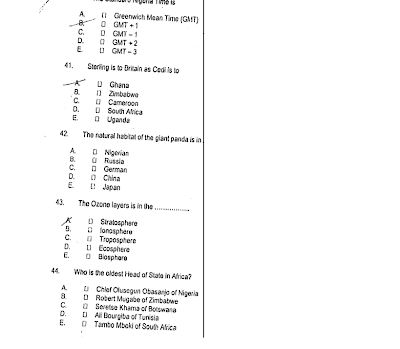 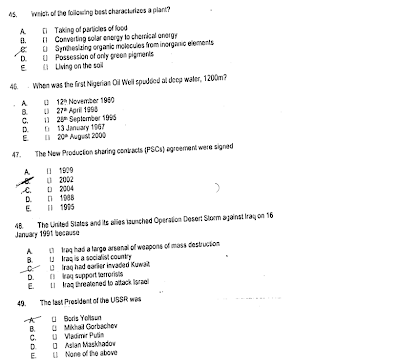 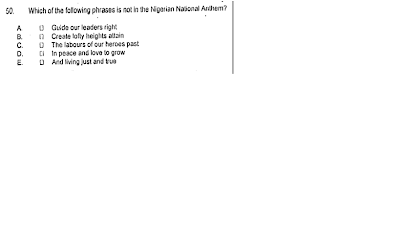 CORRECTIONS/ANSWERS TO SOME OF THE OBJECTIVE QUESTIONS
(Answers mine, so feel free to verify)

PTDF Past_Qs (dunno which yr but question 1 starts with "which state is known as the food basket of the nation?")

Now you have a feel for the kind of questions they like to ask. Quite similar to Who wants to Be a Millionaire and Zain Africa Challenge, etc. They'll also ask you specific questions about the course you applied for, so it's good you choose a field you know about. It's also a good idea to ask others who wrote the last exam about the categories they put the courses in. For eg, Environmental Engineering ppl answered the same questions Risk management, Health Safety and co answered.
Godspeed as you prepare.
All You Need to Know About PTDF

Popular posts from this blog

October 05, 2009
The selection for the MSc PTDF OSS is an annual process. The whole process from application through to selection is administered and managed by the PTDF, so please check the PTDF website for information on application form availability. How the Application is Advertised The PTDF places an advert in the national press in Nigeria announcing the next round of applications for the Overseas Scholarship Scheme. This is for both MSc and PhD programmes. Please check the website and at www.ptdf.gov.ng for information regarding the release of the application forms. The advert will inform you of all relevant details of where, in each Nigerian state, application forms can be obtained. The Selection Process This is the first step in the application procedure. From the applications received a selected number will be invited to sit an exam. On the basis of the results of the exam the final selection will be made. The list of successful candidates for the scholarship will be published on the P
Read more

CT
Leeds, United Kingdom
As a Chemical Engineering and Energy & Environment graduate, I’ve discovered quite a lot in both fields, hence a move to revisit at least one concept from these fascinating fields each week.

This blog is also a sort of databank of every website I have found useful.
I’ve explained some concepts and worked examples to the best of my understanding, but this is only to whet your appetite for more technical information from the links included in each post.